It's not like I can avoid this weekend's rally since it's right on Ratchadamri where I live.  Today Central World, Amarin, Gaysorn, and Siam Paragon were all closed.  They even closed the McDonald's!!! Oh the horror!!  What are these red shirts doing?  :-)

Actually, regardless of politics I found the red shirts to be pretty well behaved.  I was surprised at how organized logistically they are.  They had people handing out water to the thirsty crowds, they had some sort of water tents that I assume were for showering or cooling off in (they were tented over so I couldn't see inside), and even people going around and picking up trash to keep the streets clean.

There weren't a whole lot of farangs around so I sort of stuck out like a sore thumb (that and my lack of red clothing).  But people were smiling everywhere I went.  They waved, asked for their pictures to be taken, and were generally a friendly and polite.  Not really the angry, violent mobs that the press had us believe that they were going to be when they first showed up in Bangkok.  They just seemed like normal working class folks with a beef.

The mood is hard to describe because although it was friendly and from time to time they broke into Thai songs, the angry speeches didn't need translated for you to get the flavor of what was being said.  All I needed to understand was Abhisit, Go Hok, and Sua Daeng sprinkled liberally into a speech.  Every so often the rally leader would angrily scream "Abhisit" and the crowd would yell something back (I couldn't make it out in Thai, sorry).  Then he would repeat even louder "Abhisit!" and the crowd would again yell back the same thing.  Repeat that for about 5 or 6 rounds.

Hearing the rally leader's voice and the chanting back from the crowd did sort of make me think that they could be whipped up into a violent mob but soon enough they would break into a huge applause and would be smiling and banging their clappers again.

Anyway, like I said, I'm really not invested in this from a political point of view.  It was something historical happening down my soi and so I thought I would go out and try to see it up close and personal. 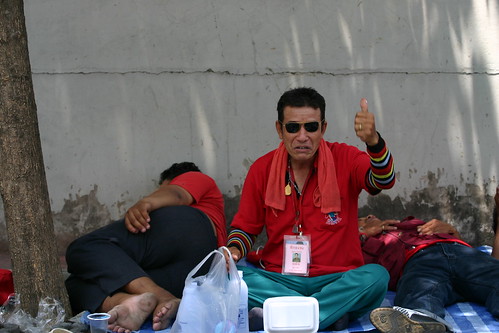 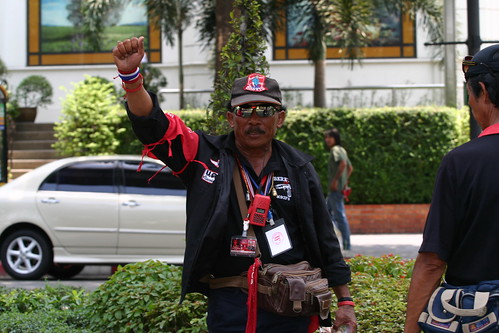 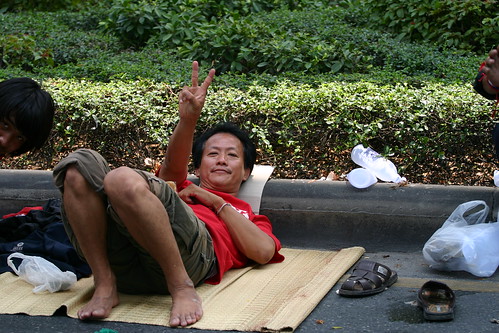 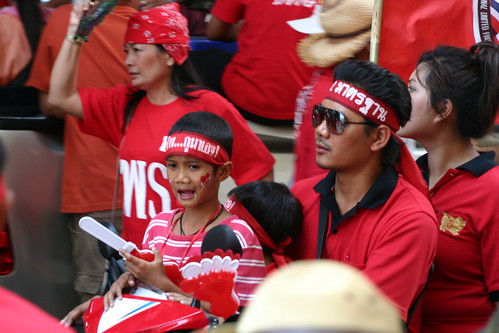 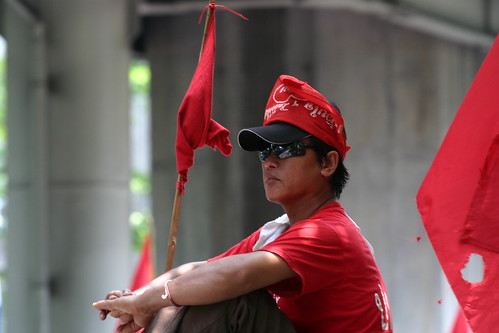 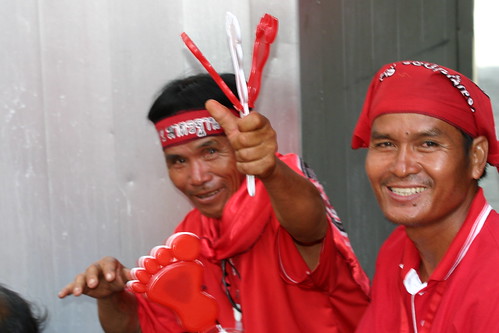 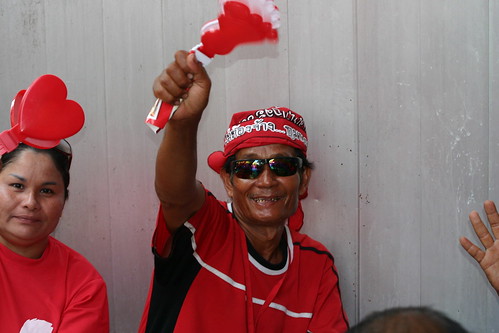 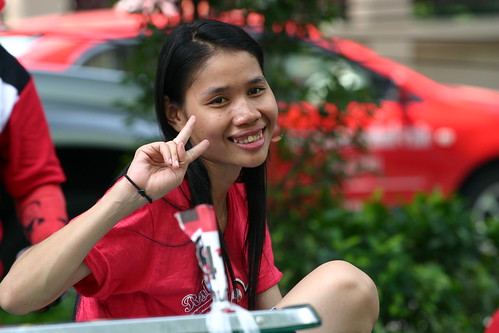 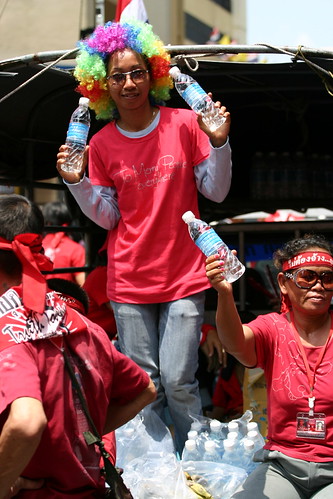 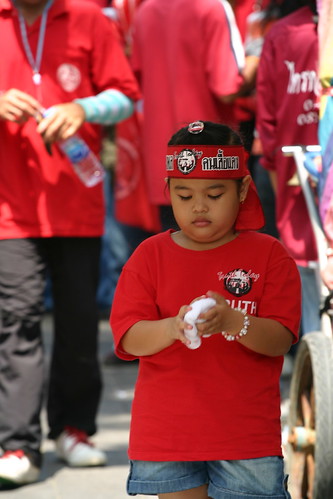 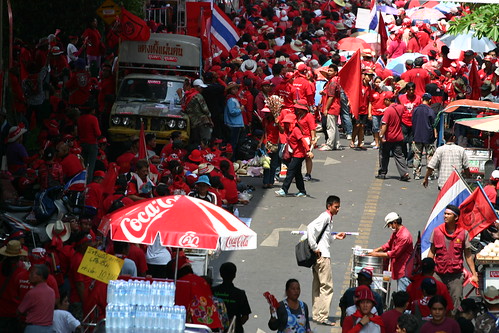 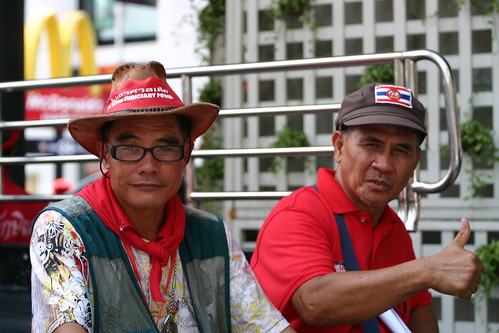 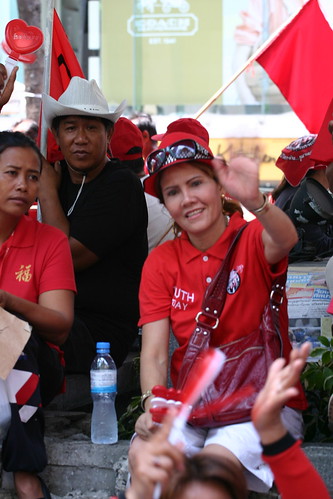 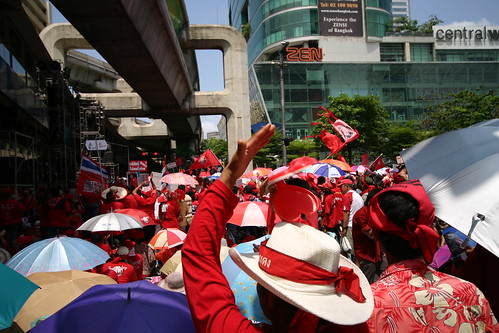 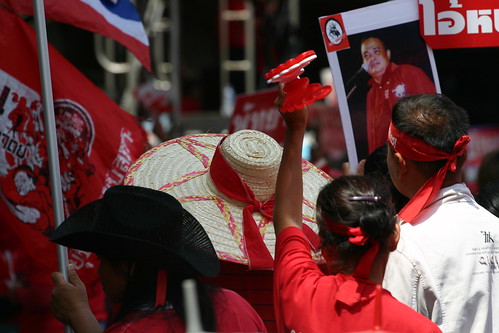 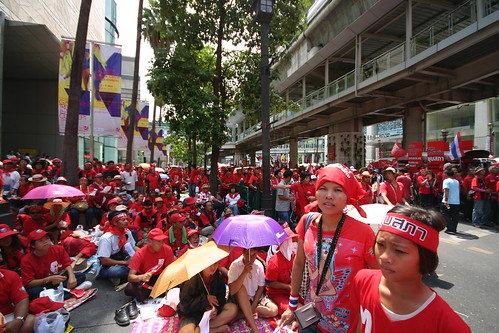 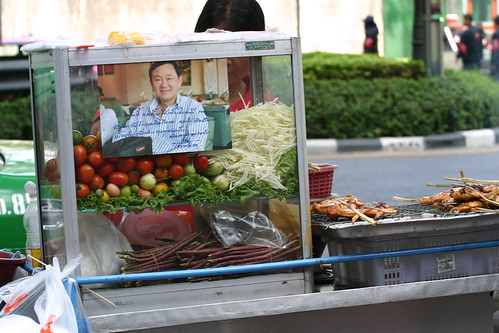 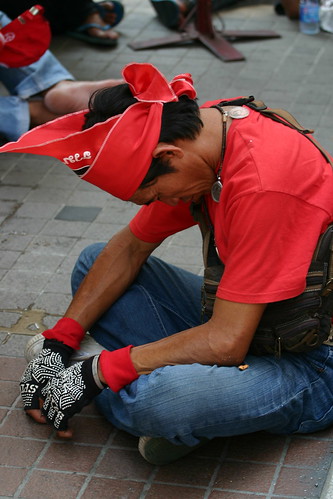 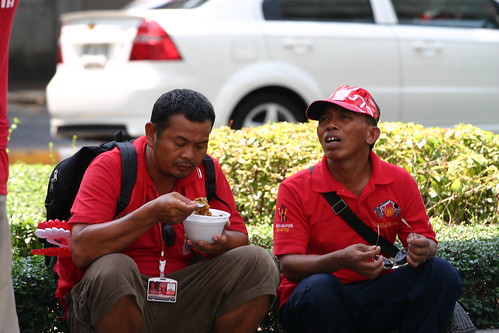 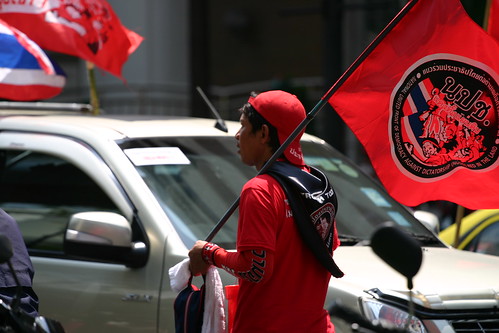 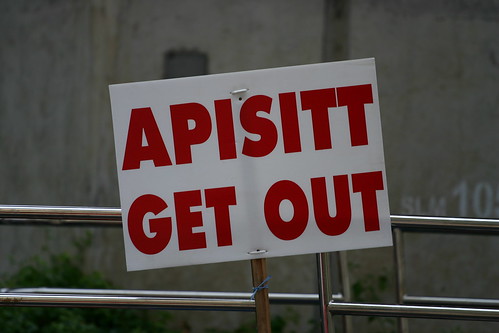 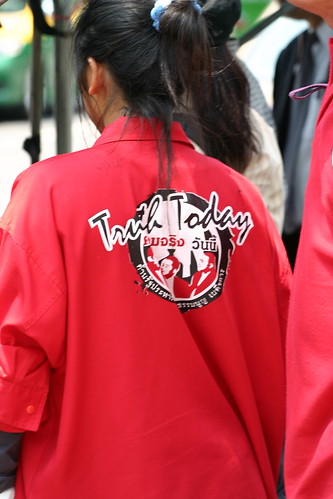 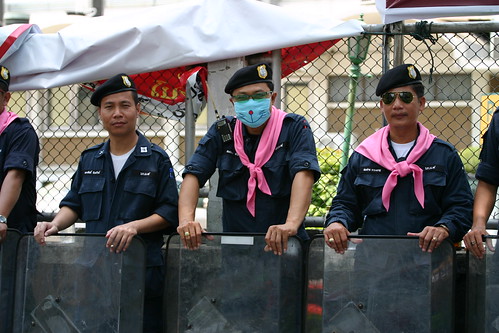