When I was a little kid, well even now, I used to go through my parents old stuff.  I loved finding old pictures and just old stuff in general.  When my mom passed I went through her things to find pictures, and came across all kinds of things.  I got to see her grades from when she graduated from college (I guess I wasn't the only person that sucked at math) and I had no I idea my dad graduated from Thammasat with an Econimics degree.  I found pictures of my dad playing the drums, I asked him about it and he told me that he was in a band called, "Goldfinger".  My parents were way cooler than I am now, when they were my age.

Here is an old picture of my parents (far right) taken in the 60's before they ventured off to the US. 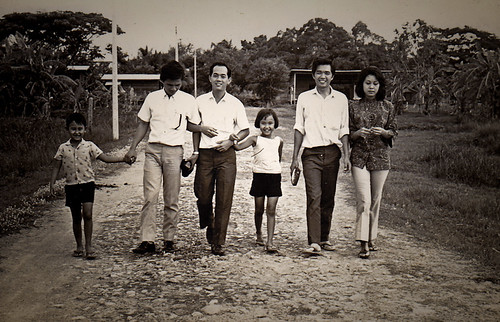 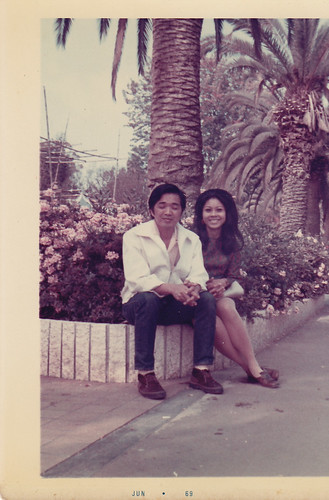 I never realized this untill my mom passed, but I over heard my dad talking to his friend and said that, since they been married (40 something years) they never been seperated for more then a week.  That was shocking to me because it was true, I don't remember a time when they were away from each other.

If I was to ever get married I want pray that I have the same love my parents had, I hope a little rubbed off on me.